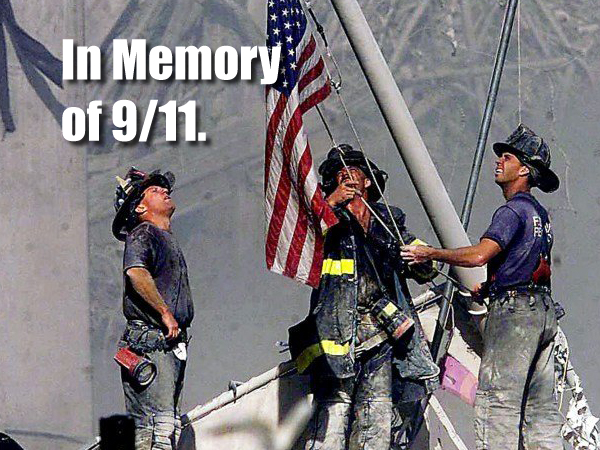 On this day, 17 years ago, my wife and I woke up in a hotel room just outside Los Angeles International Airport.  We spent the night there because that morning we were contracted to provide preseason assessments on the LA Kings Hockey Team.  We were preparing for a long day of testing at the El Segundo training facility that is shared between the LA Lakers and the  LA Kings. We had been there the previous two years before but this morning was going to be different.

After taking a shower as I was getting dressed, I had turned on the TV to catch some morning news. That’s when I saw it.  It was so surreal, I thought it was some horror movie.  An American Airlines Boeing 767 loaded with 20,000 gallons of jet fuel crashed into the North tower of the World Trade Center Tower.

As I was trying to wrap my head around what I just saw, 18 minutes after the first plane hit, a second Boeing 767–United Airlines Flight 175–appeared out of the sky, turned sharply toward the World Trade Center, and sliced into the South tower at about the 60th floor.

Because of our commitments that day, we tried to set this horrific incident out of our minds and headed to the training facility to fulfill our responsibilities.  Once we arrived, we learned that a few of the athletes and a team talent scout were aboard one of the planes.  It was a somber morning, all of us were keenly aware of what had just happened but knew that we need to complete the days tasks.

There we’re fears that another attack may occur at the LA Airport which was less than a mile from us.  It was hard to decide the best course of action given what was transpiring over the course of the day.  We fought to try and keep the televisions off so that the athletes could focus, it was a losing battle.  We learned of the Pentagon attack and understandably we were all on edge unsure if we are at war or what was actually happening.

My son who was home alone at 14 yrs of age assumed we were being invaded. Being alone was scared to death.

Then the aftermath unfolded and we learned of all the carnage. I was very angry, Im still angry. All these years later and my son has served in the Army for the past 10 years, attached to a Spec Ops unit, he has been in and out of the thick of it ever since.  Today, I wanted to show my respect to those who have fallen and wanted to take this bit of time to help you remember.  I am a proud American and I will never forget.

The audio you will now hear is actual audio taken from the 911 memorial site in New York.  I recorded last year.