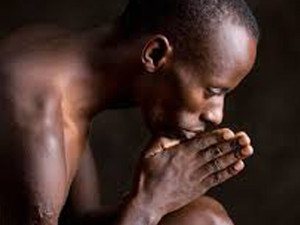 An interview with Gilbert Tuhabonye– A national caliber runner, running coach and genocide survivor. Tuhabonye, grew up as a son of farmers in Burundi Africa. He ran everywhere — to get the family’s water, to school, and even after the cows and gazelles. In high school, he ran competitively, becoming national champion in the 400 and 800 meters.

When a Hutu mob attacked the school Tuhabonye attended in 1993, he and over 200 other Tutsi classmates and teachers were forced into an abandoned building, tortured and set afire. More than 200 people died, all except Gilbert who hid for hours under a pile of burning bodies. He narrowly escaped by finally breaking a window and running into the night.

This is a powerful jaw dropping story that ends happily as Gilbert learns to forgive and find a place in America as a highly respected running coach.