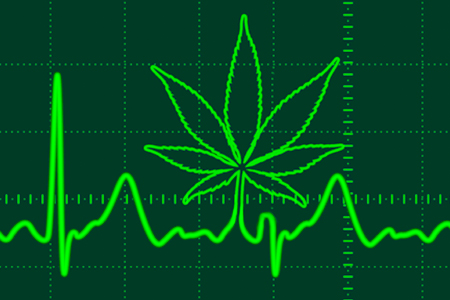 Once an illegal substance, Marijuana is now gaining popularity among Runners as a training enhancement. Legal in 23 states many runners are smoking pot to improve performance. Join our host Richard Diaz and Jimmy Reed as they visit, “Runners who get high”.

In a nod to the growing acceptance of marijuana as a recreational drug, the World Anti-Doping Agency in 2013 raised the allowable level of THC—the drug’s active ingredient—to an amount that would trigger positive results only in athletes consuming marijuana in competition. That essentially gave the green light to marijuana usage during training, not to mention as a stress reliever the night before a race.

Once considered taboo, smoking or possessing marijuana could land you in jail. Now there is a growing trend and experimentation in the benefits of cannabis use among competitive runners. The vaporize it, eat, rub it on tired and sore muscles and swear by the benefits provided opposed to taking other over the counter and prescribed anti-inflammatory drugs. It’s an interesting topic and The Natural Running Network is going to tackle it head on.

Though 23 states have legalized medical marijuana, and four states and the District of Columbia permit pot for recreational use, it is still largely an illegal drug. Additionally, it remains on the NCAA’s and IAAF’s banned substances list. There are more than legal concerns for runners. Smoking marijuana can create health issues that can affect performanc There are cardiovascular effects, like increasing heart rate,” says Gerdeman. “These may be minimal in young athletes or those with tolerance, but should be considered seriously by anyone at risk for coronary heart disease. Plus, there have been some studies that [suggest] it influences blood flow to the brain, which can influence the risk of stroke.”  Additionally, chronic smoking is related to pulmonary irritation and gives rise to risk factors associated with various pulmonary problems. Gerdeman points out that many marijuana users try to sidestep the latter effects.

“People who are athletic are most probably eating THC or vaporizing marijuana, which means the pulmonary risks are lessened or absent in those situations,” he says. “We have come to a time when burning pot is almost passé.”